The Life of the K-Factor

There was a time long ago, in a galaxy not far away, that columns were designed for a length, L, without K. Then, in the early 1960s, the now-familiar K-factor was codified. Over the many decades since, it came to seem as if the K-factor had always existed. Now, we have methods of design by which columns can be designed that take into account stability using KL = L again. This webinar explores the origins and development of K, the effective length factor, and why it often can now be taken equal to 1. 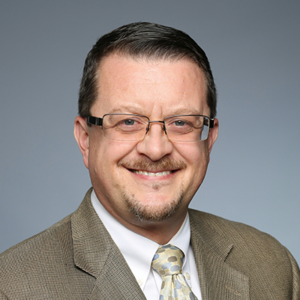 Prior to being named president of the American Institute of Steel Construction in 2016, Dr. Carter was vice president and chief structural engineer for AISC, which writes the standards to which all steel buildings in the U.S. are designed and constructed. Its mission is to promote the use of structural steel in buildings and bridges. AISC’s membership includes more than 900 of the major domestic steel fabrication firms, all of the significant U.S.-based structural steel producers, the dozen leading U.S. steel service centers, around 2,500 general contractors, more than 10,000 engineering students and professors, and more than 27,000 professional engineers.

While at AISC, Carter has spearheaded a number of important initiatives, including the revitalization of the AISC Code of Standard Practice, the development of a unified Steel Manual combining both ASD and LRFD, the development of AISC’s first Seismic Design Manual, and the expansion of AISC continuing education programs into the online realm. He’s also a well-known speaker and the author of numerous papers as well as AISC Design Guides on Torsional Analysis of Structural Steel Members and on Wide-Flange Column Stiffening at Moment Connections.